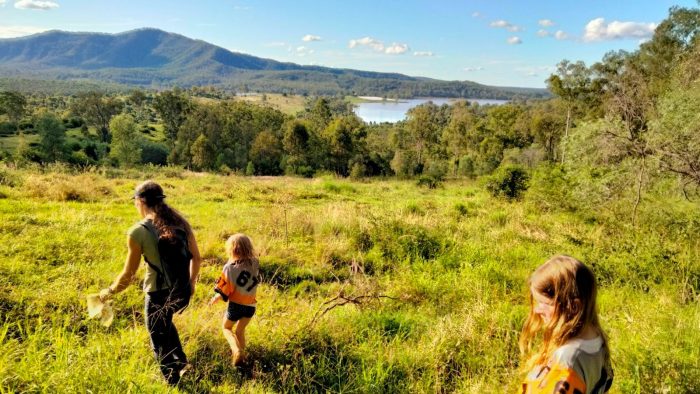 The last weekend of May saw the inaugural running of the Escape Raid as part of the Escape in the Scenic Rim Festival. In an attempt to bring a more social element to competitive racing, the Escape Raid adopted a unique format where the three main disciplines of adventure racing – trekking, mountain biking and kayaking – were split off into three individual races over two days with camping and catering in between. The unique rogaine format is perfect for this as it allows teams to hunt down as many check points as they wish over the set time periods and adopt as much challenge for themselves as they are up for.

After many wet months leading up to the event, the race was blessed with perfect weather: blue skies, warm sunshine and cool breeze blowing. The extreme rain events did mean that the planned bike stage needed to be cancelled due to the excessive damage on the trails, but teams were still treated to a weekend of adventure. All told, 157 competitors across 63 teams toed the start line of at least one of the events on offer. Situated on the shores of Lake Wyaralong, the Overflow Estate Winery nestled within the Scenic Rim played the perfect hosts for this style of event. 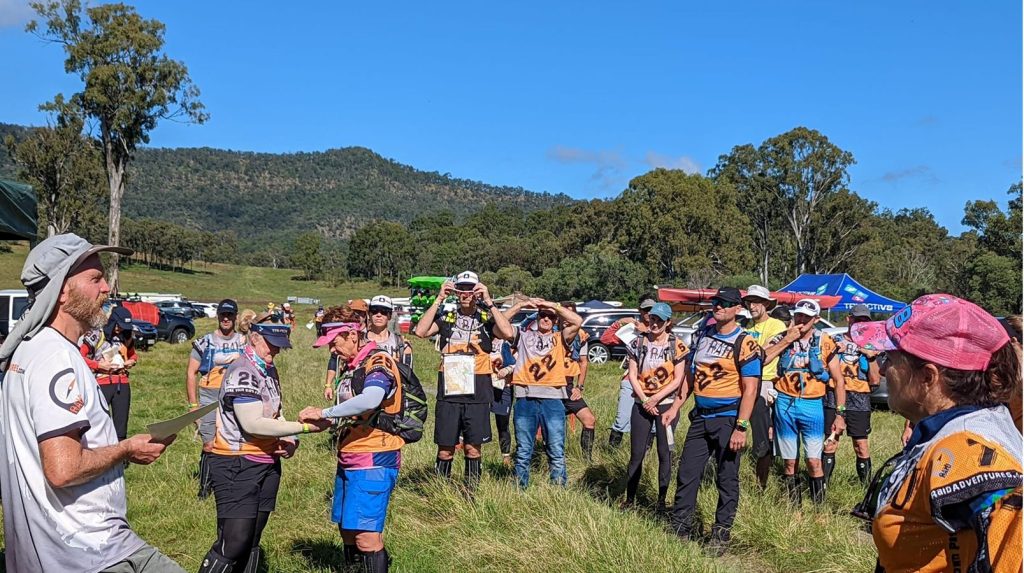 Kicking off first was the trek rogaine with a 6  hour and 3 hour option. Overall honours went to Clint and Gary from team 3 Points of Contact with a convincing margin over team Sweeping Skills in second place. Rounding out the podium was team Scorpion and Wombat by the narrowest of margins, tied on score with team Easy Does It but crossing the finish line just 16 seconds ahead after 6 hours of racing. Team Rat Attack took out the mixed team category in fifth place overall with team Tri Adventure Vintage the first all women team home in seventh overall.

In the three hour trek course option, it was a real family affair with many family teams taking the rare chance to explore this private estate. With the recent rains, the watercourses were full of water with waterfalls in places not often observed.  Team Straight Outta Logan took out the win in this category. 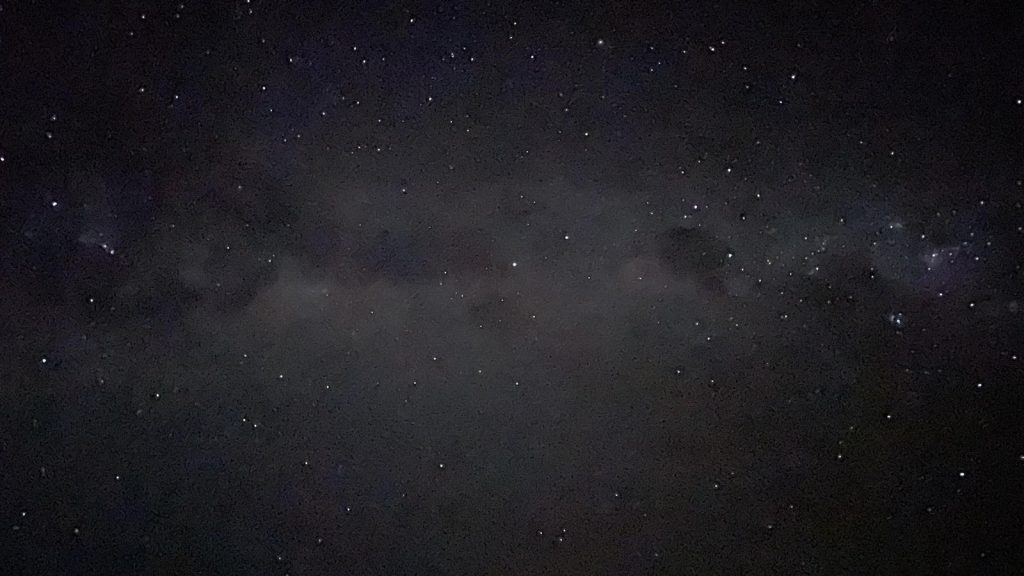 After a day of racing, competitors were treated to a fantastic hot meal put on by the local scout group and some quiet time around the campfire. Teams were then surprised with a special “escape room” challenge, tasked with solving the mystery of the missing solo rogainer.  A set of rogaine themed puzzles to solve lead on a short treasure map hunt to find what had befallen our lost rogainer, with a bottle of the Overflow Estate wine up for grabs.

A foggy and chilly morning greeted teams the next day. After a hot breakfast, the fog lifted and teams hit the water for the 3 hour kayak rogaine event. This was won by team Out All Night (note: this is false bravado in a team name as we definitely observed them sleeping in a tent). The team managed to sweep the full course with over 16 minutes to spare. Team 3 Points of Contact also managed to collect every check point, the only other team to do so, finishing 14 minutes later.  Combined with their win the previous day, this was enough to hand 3 Points of Contact the overall title of winners of the inaugural Escape Raid. 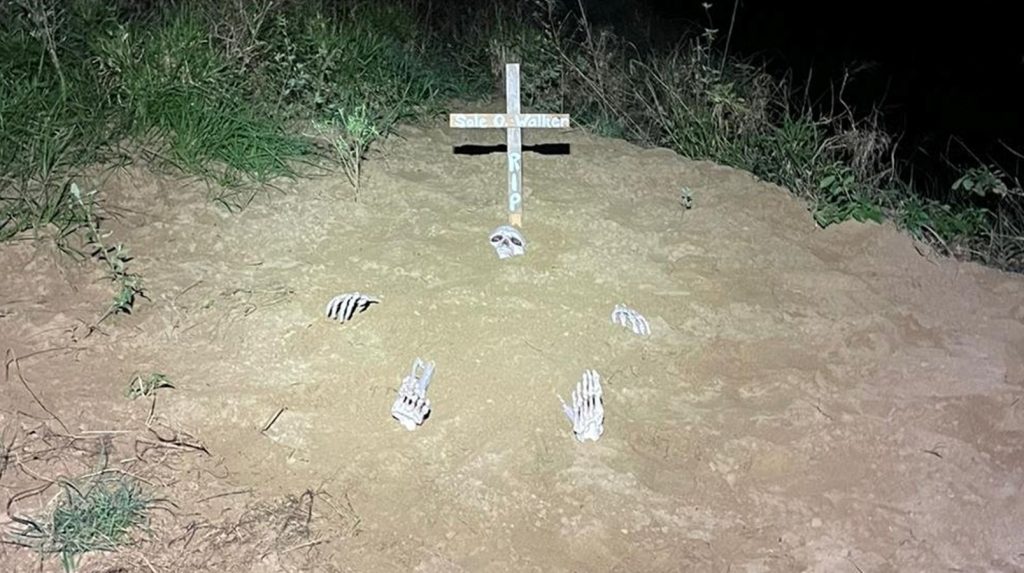 Team Shackleton Snr Tigers won the mixed category of the kayak event (in fifth overall), but given they had only done the 3 hour rogaine race the previous day, the title of mixed winners in the full Escape Raid went to the ever consistent pair of Richard and Tamsin from Bruce and the Bicycles. Team Tri Adventure Vintage backed up their win in the all women category from the previous day with a win in the kayak stage in a very respectable sixth place overall.  Their racing experience certainly paid dividends earning them the title of overall Escape Raid winners in their category. The full list of results along with links to the maps and event photos can be found on the Raid results page here.

A big thank you to everyone who made the event possible. This race came together very quickly thanks to the support of the Scenic Rim Council and their invitation to join the Escape in the Scenic Rim Festival.  Certainly the region is ripe for further exploration. Kerry Collins was originally slatted as the organiser of the QRA 8-Hour, and largely continued along these lines for the Escape. Bevan and Amanda Koopman were also super busy on all sorts of jobs, from towing, to hanging, to admin, to collection.  Amanda was central to everything involved in the sad story of our lost rogainer, Sole, on Saturday night which everyone seemed to enjoy. Nick and Kate Clark originally entered the event, but come game day seemed to drop that idea and just help out wherever needed.  Jo Thomae came as medic, but the event was incident free in that regard – so, she jumped in for admin duties instead. 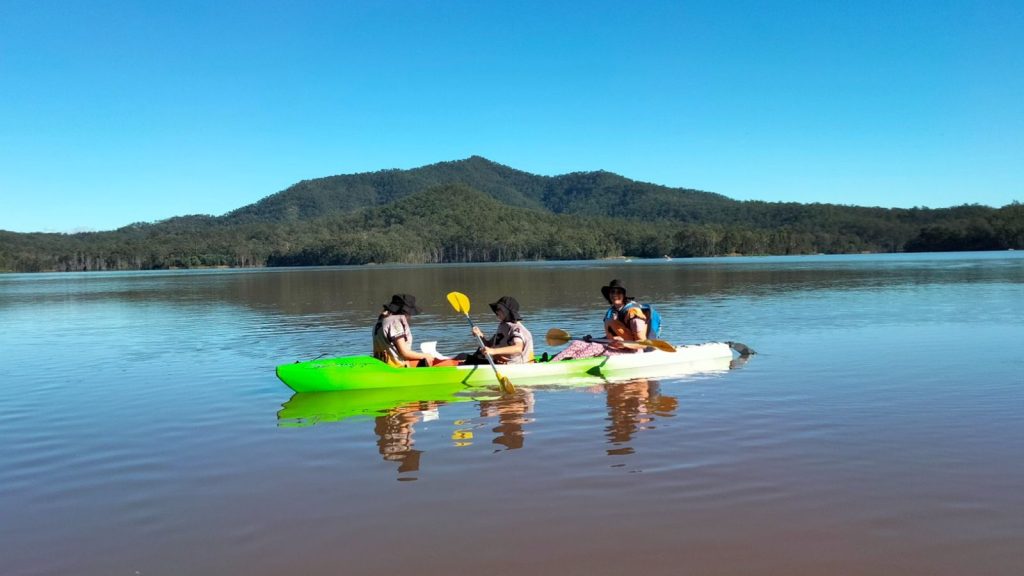 Further thanks go to Thor Harrison who came out and helped on the Saturday and then control collection on Sunday.  Thank you also to Paul Guard for programming the navlight system (as he does every single time) and then coming out on Saturday morning to make sure things were all good. We suspect he mostly turns up to these events for an excuse to fly his drone and capture some great video footage. Add to this, the fact that we all had a combined total of 8 kids aged 10 and under at the event, we seemed to always be tagging out on collective minding duties. We were very stoked to see some of our favourite serial volunteers competing: the Krome’s and also the Crossley’s.  Fiona and Richard could not help themselves though, and largely handled admin at the finish on the Sunday.

Thanks also to the Beaudesert District Scouts for catering both Saturday evening and Sunday breakfast. Thanks to David from Armageddon Coffee from bringing his van to make sure everyone was caffeinated first thing Sunday morning. Thanks to Trev from Tiger adventure for kindly donating his coffee and brewers for the finishers on Saturday afternoon. As you can see, all the pieces fell together nicely for such a successful event. 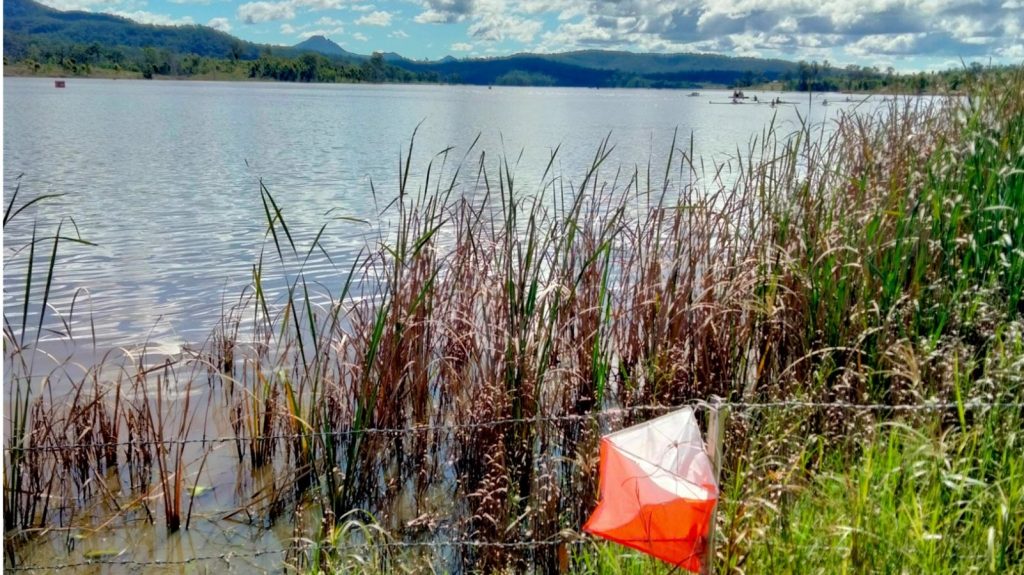 Next up on the Raid Adventures calendar is the Wildfire Raid on Saturday 25 June in the Moreton Bay region. Entries are open here and are filling up nicely.  The Mojo Raid has announced that this year’s race will be hosted out of the Lake Perseverance region on 27 August, with entries now open here.  The year will then wrap up as it always does with the Urban Rogue in early December – entries will open here in July.

We’ve received some fantastic feedback from the Escape Raid, particularly with the unique format by splitting up the three disciplines into different events.  This allows teams to mix and match which events they choose to do.  Not every race needs to be a suffer fest and with the shorter course times it allows for some enjoyable racing with a bunch of socialising around it.  Looking ahead, there are some fantastic regions to explore in the Scenic Rim, so we may look to return with the race in May next year with a few tweaks to improve the experience. But, fingers crossed, we’ll see you on the trails again well before then. 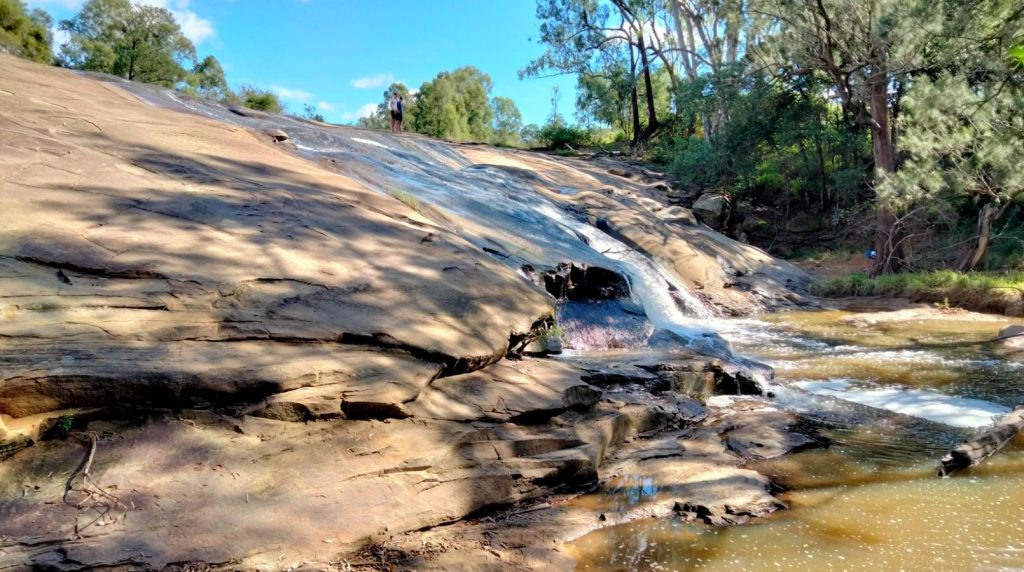