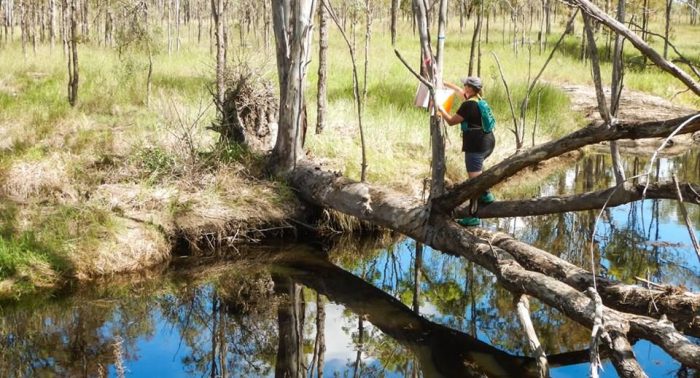 Note that this article was first published 17 April 2017 at Rogue Adventure.

We’ve come to that time again when we preview the Rogue Raid – what to expect from the course and which teams to watch out for at the pointy end.

The name Adventure Racing covers an eclectic version of events from 2 hour “sprint” races through to multiday stage and expedition races.  The courses themselves can be linear in format, rogaine score format or something in between.  I have a secret confession to make and that is, despite organising a rogaine format adventure race for the past eight years, my favourite form of AR is a point-to-point course – a straight line race where first past the post is the winner.  So long as the course is set to open up plenty of route choice, strategy can still play an important part in a linear format race and this style of event generally feels like a journey.  However, there is one undeniable aspect of a rogaine format adventure race that I love and that the course is achievable by anyone.  The gun teams can push themselves to their breaking limit in 24 hours while us other mortals can still tackle as much adventure as they can handle.  The Rogue Raid is a race for everyone, and there is never a lack of stories at the finish line and that’s why I love this race and invest so much time into it.

So, after just laying out the argument for why the Rogue Raid is a race for all comers, there is no denying that there is always an interest in the battle of the top teams.  Looking through the start list, I would rate the 2017 event as the most competitive of the eight editions held so far.  There are no less than four teams with previous winners on them, and I would expect these teams to again feature heavily at the top of the scoreboard.  Kicking it off is team Tri Adventureish.  Dave won the first ever Rogue along with the 2013 edition and Alex offers a ton of firepower to the team.  If I was a betting man, my money would lie with them.  Gary Sutherland has just had a late team change, picking up Ray Deetlefs and are currently running under the Tiger Adventure name.  This same pair took out the 2012 Rogue Adventuregaine (when it ran as a 12 hour race) and have all the necessary experience to do well in this race terrain.  No review of the contenders would be complete without a mention of team RUSH.  Russell and Shaun have the impressive honour of being on the podium of every Rogue event, with back-to-back wins in 2014 and 2015.  It might seem odd that last year’s winners, team Explore are now only just getting a mention, however it is my understanding that Darren is a late scratching and Paul has pulled in a new team mate.  Still, they will be a team to watch.  Teams Bench Mark and Scottish Guard are other solid top 10 contenders.

Looking through the mixed category for the Rogu24, and I suspect that we may see this title head south of the border this year.  Previous mixed winners team Husband and Wife make a return and will be the team to beat once again after Chris ran a second place in 2016 on an all male team.  They will be pushed by the highly experienced team of Traces of Nuts.  Both teams are making the trip up from NSW for the race.  The best bet for keeping the title at home in QLD lies with team Everyday Life Fitness.

In the all women’s category, the two Mountain Designs Wild Women teams are the clear standouts.  My understanding is that they will travel the course together in preparation for GeoQuest, so don’t expect any internal rivalry.  What will be interesting to see is how well these teams feature in the overall results – a strong placing in the top 10 is not off the cards.  There are a total of 8 all womens teams at this year’s race, making for the largest field in this category at a Rogue Raid event yet.

One big disclaimer with all these predictions, of course, is that I don’t have background information on every team.  With teams travelling from as far away as Western Australia, Victoria and Singapore, there will surely be one or two dark horse teams to upset the apple cart.  The strategic nature of the race also means that a top result is not a given for any team despite their credentials.  Precise navigation, cleaver planning and dare I say a small touch of luck will be just as important as a big engine for a top result.

Turning our eyes to the 6 hour event, there are two teams that stand out as overall favourites.  Team Rochedale Runners came in second in this event last year, however the 2016 Rogue6 winners Gary and Ray have moved up to the 24 hour race leaving the door open for this team to take the win.  They will have to overcome 2012 Rogue6 winners team Blowfish.  With plenty of paddling check points up for grabs, team Blue Star will also feature in this race if they can turn their strength in this discipline to their advantage.  Often it can be difficult to fit a shorter six or eight hour course into a 24 hour race, however I’m very pleased that the six hour race this year takes in the best that the area has to offer, with plenty of strategy required for a top score and these teams are in for no less of an adventure than the 24 hour teams (just more sleep on Saturday night).

Anyway, enough about the gun teams I hear you say, what about the course?  I would rate the 2017 Rogue Raid as the fastest course I’ve put together so far.  Yes there are hills, but there aren’t many single climbs over 100m in elevation, and there is plenty of flatter riding and quick trails on offer on the bike.  Yes, there is plenty of off-track travel, but much of it is through open, fast terrain (although reports are the grass is getting up in parts with the recent deluge of rain the area copped recently).  Approximate distances have been estimated: for the Rogue24 Raid competitors will be up against 50 check points spread over 47km of trekking, 106km of mountain biking and 48km of kayaking. For those looking at the Rogue6 Raid, they’ll be faced with 23 check points with 24km of trekking, 38km of mountain biking and 12km of kayaking.  Yes this is a lot of kayaking for an adventure race, but I think that kayaking is typically an under represented discipline in AR and I like to offer up an even split of the three travel options – it is up to you whether you take it.  At least you will be safe in the knowledge the race will again be using the new fleet of CTR double boats from Navis Outdoors.  Every team will need to undertake every discipline at least once on both courses.

While I rate this year’s race as one of the fastest courses, I also rate it as having the most difficult navigation.  What looked like an easier section of navigation on paper while doing the arm chair setting proved to be the most difficult navigationally during the course vetting.  And guess what – Rogue24 teams will be there at night.  Across the course there is a great mix of off trail, spur/gully navigation along with navigation on an intricate track network.  There are also legs between check points requiring detailed map reading to pick up the right parallel feature while other legs requiring long distance route choice and planning.  More so than any other Rogue Raid, this race is one for the navigators.  Given there has never been an adventure race in most of the area that the race covers, there will be little in the way of home town advantage.  All photos in this article are from course setting and vetting trips.

In addition, there are a couple of points of house keeping.  We will be providing paddles and PFDs to teams, but only if you request them.  To book a paddle and/or PFD, you need to complete the spread sheet here next to your team name with the number of each required by the team.  If you don’t complete this form, you run the risk of not having a paddle and PFD at the race.  If you plan to bring your own PFD and paddle, you don’t need to take any action.  Adam also has a number of specific kayak back rests available for hire for a minimal fee for the CTR doubles.  If you would like to book one, you can do so by contacting him at adam@navisoutdoors.com.au.

Finally, if there are any late team withdrawals, please let me know as there is a long waitlist for the 24 hour race after it sold out in less than 10 minutes.  There are still a couple of spots available in the 6 hour event though for those looking for a run.

Best of luck in your final preparations.  There will be a final email sent out by Thursday and then I’ll be seeing you all at the start line of another Rogue Adventure.