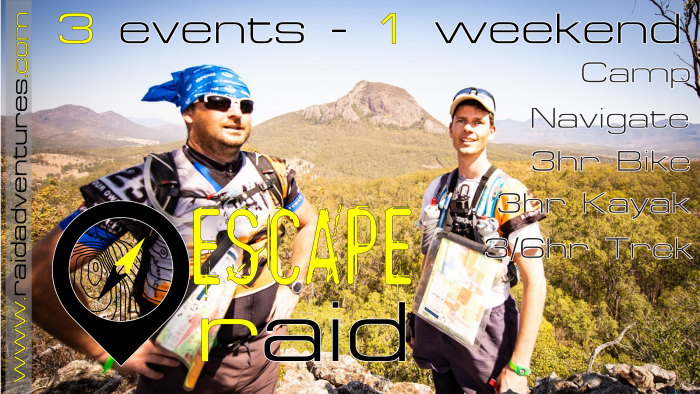 With the adventure racing season in full swing, it’s time to take a look at what’s in store from Raid Adventures. We’re excited to announce an all new race – the Escape Raid – along with updates from all our other events.

The Escape Raid: All New Race

The Raid Adventures team, in partnership with the Scenic Rim Council, are excited to announce an all new race: the Escape Raid. The Escape Raid is made up of three separate races, a trek rogaine, kayak rogaine and mountain bike rogaine where teams have the option to tackle just one event or do them all. As part of the “Escape in the Scenic Rim” Festival, the Escape Raid explores the Wyaralong region over the weekend of 28-29 May. Designed to be a social affair with camping and all meals provided, this is a weekend not to be missed. Check out all the details on the event website – entries are now open!

The Wildfire Raid heads back to the coast for its fifth edition. Set for Saturday 25 June, teams will battle it out over either a 3 hour or 6 hour multisport course in the Donnybrook region. Typified by a labyrinth of flat tracks through pine plantation and a maze of channels on the edge of Pumicestone Passage, strategy will play a key role in a team’s success. Entries are now open.

Planning for the Raid 100 has been ticking along nicely. No doubt the recent deluge of rain will play havoc with the permitting process and potential incoming restrictions around access, however as race organisers who are also active adventure racers, we’re ready to roll with the punches. Given that the 2022 Raid 100 will be the first time that packrafting is included in an event, we thought it would be good to share this video from Chris Delaney from team Rogue Adventure who takes a deeper dive into an important element of packrafting during a race: inflation in a hurry!

Note that due to issues around HQ venue location, we’ve had to make a change to the previously advertised date of the Mojo Raid.  The new date is 27 August, 2022.  Keep an eye on the Mojo Raid page for more details closer to the date.

2022 will mark the ten year anniversary of the Urban Rogue, and we’re planning on making it a big one. The race has been pencilled in for Friday 2 December, so mark it in your diaries. Last year’s race attracted over 100 teams with the overall win taken out for the first time by a mixed team: “Been Around the Block”. Results, maps, photos, race reports and more from all the Raid events can be found on the results page. 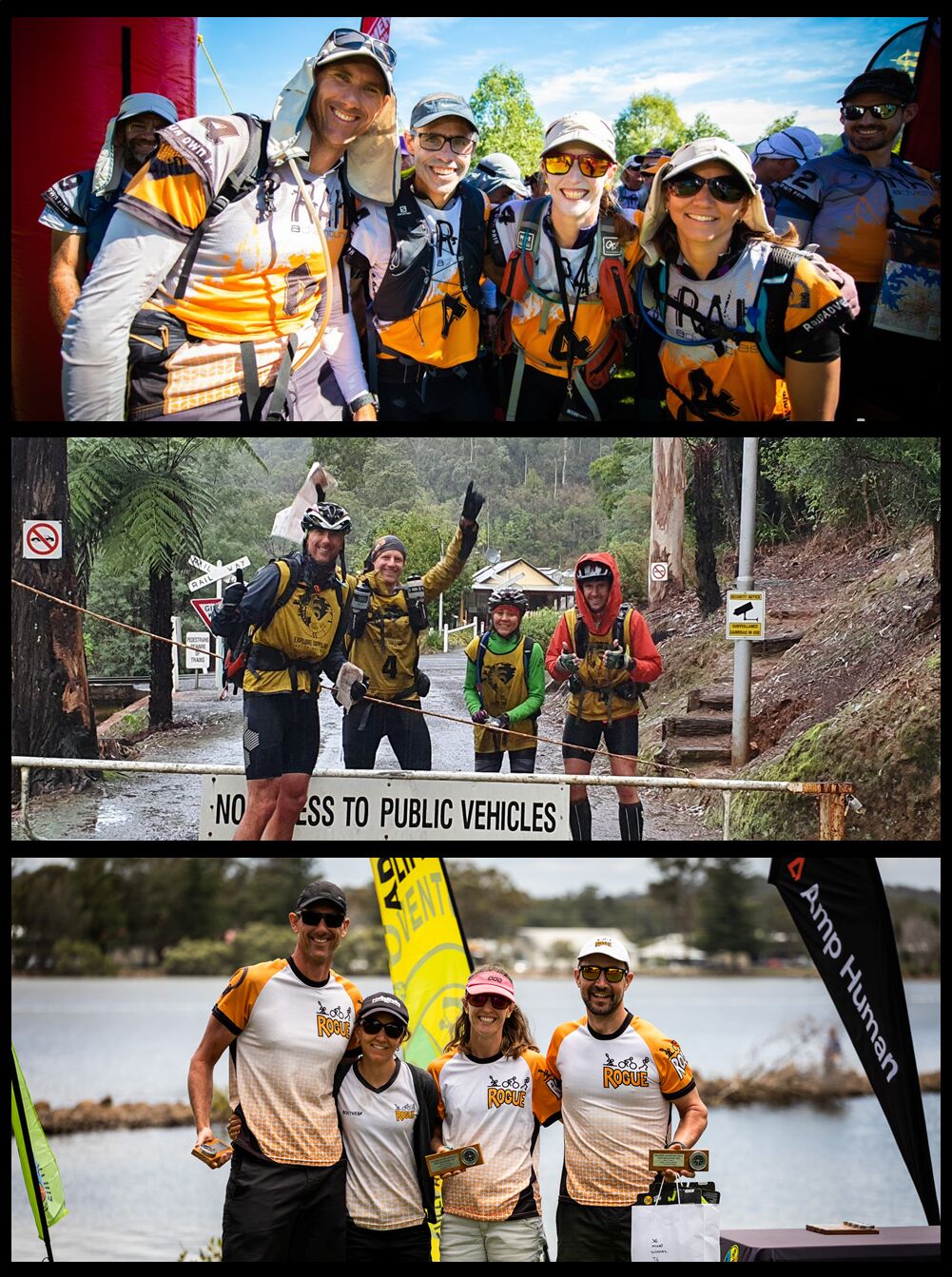 Team Rogue wrapped up the 2021 race season with an exciting win at the Wildside Adventure race for the third time in a row. This win was enough to secure them the overall title in the Adventure 1 series, crowning them as the Australian National Adventure Racing Champions. After finishing second place in the national rankings the previous two seasons, it was a fantastic achievement by the team to take it one step higher on the podium, reflecting all the hard work put in by the team over the years. The team is back again in 2022 to race all the Adventure 1 events, including hopefully representing Australia in the A1 World Cup Final in New Zealand in December. Racing kicks off with Explore Gippsland in less than 2 weeks. You can read about our year in review, including a video from the win at Wildside in our 2021 race wrap below.

So, plenty of news to sink your teeth into. It’s going to be a big year of racing ahead.

See you on the trails,