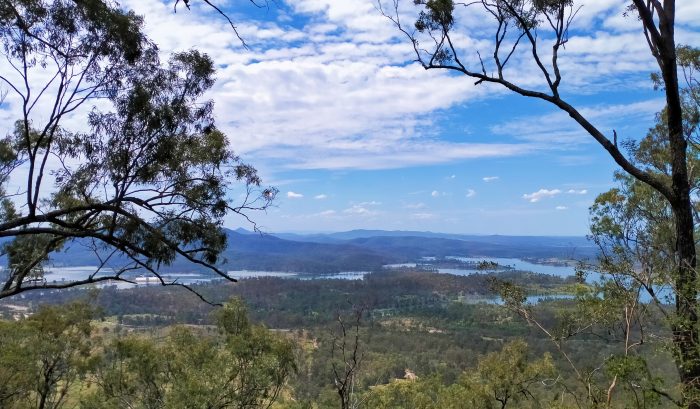 With just four more sleeps to go until the twelfth annual running of the Rogue Raid, it’s time to turn our hands to a review of the course and the competition for the title. The 2021 edition of the race is the biggest yet – perhaps not in terms of physical distance (that title goes to the 2019 Raid 100 course), but certainly by competitor numbers. Over 280 competitors are lining up to take on either the 24 hour or the 6 hour race, making it one of Australia’s largest 24 hour adventure races ever.

As has been hinted in previous correspondence to the competitors, this year’s course is the most “rogaine-like” ever. With 65 check points scattered across just two 1:25,000 maps and eight official stages, there is a lot of strategic and navigational choices that teams will need to wrap their heads around during the three hours of allotted map preparation time. In total there are four trekking stages, three paddle legs and just the one big bike leg. The terrain could be described as spur-gully type rogaine country typically found in south east QLD, with a lot of off-track travel: not only on foot but even for some of the bike route options.  The grass is high in places after a wet summer (but fortunately not quite in seed yet) and the dam levels are at 100%.

This year’s race has attracted 20 teams racing in Adventure 1 category (mixed teams of four), fighting it out for those all important points that decide their national ranking.  In addition to the A1 teams, we have another 49 teams racing as pairs with the option to paddle their own kayaks at the race. So while there will no doubt be some fascinating battles being fought up and down the board, it’s always of interest to take a look at the contenders for the overall title, which will almost surely come from the elite Adventure 1 teams at the race.

Looking over the entry list, the race has attracted all three former Adventure 1 national championship winners: Alpine Avengers (2019), Thought Sports (2018) and Thunderbolt (2017). In addition to these teams, our very own Rogue team will be racing after a second place in the A1 series the past two years running. Indeed, accounting for Gary Sutherland’s Tri Adventure team, you essentially have every winner of all the past A1 races on the start line at the race, so to say it will be a fierce battle for a podium position would be a fair statement. As always though, to get a feel for how things play out, we need to look at the exact make up of every team and their relative strengths.

Let’s start with the Alpine Avengers, the current A1 national champions. The Avengers are coming off a disappointing result from the first A1 race of the year, Explore Gippsland, where they finished in fifth place due to a penalty after leading the majority of the race. To add injury to insult as it were, lead navigator Dave Schloss broke a rib and a wrist at the race, and while he was able to finish, he won’t be able to race at the Rogue Raid. Sloshy was the ace up the sleeve for the Avengers, having won not only the very first edition of the Rogue back in 2010, but every other edition he has started since then. As a local Queenslander who has raced at Wyaralong before, he will surely be missed from the team, however his replacement Ian Franzke is no slouch by all accounts and certainly won’t slow the team down. The Rogue Raid is very paddle-heavy on the course up front, so expect this team to take an early lead – the question is can they hold it to the finish line.

Perhaps the standout favourites for the overall title at this year’s race is Thought Sports. The 2018 A1 champions are fielding a full strength squad with AR powerhouse couple Rob and Kathryn Preston returning to the team after race directing duties at Explore Gippsland. This team really doesn’t have any weakness to pick at. The sheer amount of trekking at this year’s Rogue (over 50km in total) and the navigational challenge should suit this team very well. Coming off the back of a win at Explore Gippsland, a backup win at the Rogue would put Thought Sports into a commanding position for the title only halfway into the season. Expect this team to make their move in the big overnight trekking leg on stage 5. Dare I say it, but is it their race to lose?

Nipping at the heals of these two teams are the very capable Thunderbolt, Rogue and Tri Adventure teams. Thunderbolt certainly proved that they are more than capable of mixing it at the front with their new look team at Explore Gippsland. The overall win at a major A1 race has eluded them for a while now since their stellar clean sweep in 2017. But they will be bolstered by the return of lead navigator Hugh Stodart, and to see this team go all the way through to the top podium step wouldn’t be a shock.

Our very own team Rogue justified their place in any predictions blog with a second place overall at Explore Gippsland. Obviously the author is out of the team on race directing duties, however the team has also suffered another setback with the loss of Dan McLachlan with a broken collar bone, scapula and set of ribs at a racing accident earlier this year. The team has been very fortunate to be able to recruit Richard Mountstephans as a replacement. We haven’t seen Richard race for a while, but as one of the old guard of racers from pre-A1 times, he is certainly not unfamiliar with the top step of an adventure race podium. His strength on foot and rogaine navigation will be a real asset to the team.

And then we get to the Tri Adventure team lead by veteran Gary Sutherland. This is the only local team in the top five listed here, and that local knowledge will surely provide some advantage. Gary knows how to get the most out of a team right down to the last minute of racing, so they can never be written off, particularly given that two of the team members won last year when it was only Queenslanders that could compete. With elite level orienteer Oskar Booth on board and Ali Wright’s strength on foot, this trek heavy course will also suit them. As the only one of these five teams not to race Explore Gippsland, I’ll be very curious to see how they match up against the others.

Of course, anything can (and often does) happen in adventure racing, and if any of these top five teams slip up, there are bunch of quality teams ready to pounce. The Tiger Adventure crew have fielded another strong outing – their biggest to date I’m lead to believe – with no less than 12 A1 teams. The top picks would have to be Wild Flow Tigers, Gold Coast Tigers and the namesake Tiger Adventure team. It’s really quite difficult to split these teams. The Gold Coast Tigers demonstrated they are an up and coming team who will only improve with more long distance race experience. The Wild Flow team also have plenty of speed and the advantage of another local navigator in Mark Wilson. The Tiger Adventure team boast a wealth of experience with Craig Keeling leading them to some very solid results in the last 12 months. All of these teams are expected top 10 teams and on their day can nudge into the top five. Realistically, given the variable outcomes thrown up by the rogaine format and unknown entities like the current strength of experienced team Bear Hunt, results can play out any number of ways with a wicked battle for the podium.

Turning our eye from the A1 teams to the pairs teams, there is another interesting dynamic set to play out in the race. The pair teams are providing their own kayaks for the race, which on average should be much faster than the double CTR kayaks provided for the Adventure1 teams, so they are essentially racing in their own category.  It’s a lot harder to make predictions in this category of the race, however I’d expect at least teams Talle and Vestigial Racing Betas to be pushing it out in front. Team Talle certainly have the upper advantage on the kayak legs – indeed expect them to lead out the entire field on the opening kayak stages. But Vestigial Racing Betas have some top tier running talent and can probably eat that advantage back very quickly on the trekking stages. How they and the other paired teams stack up against the top A1 teams will be an interesting story to follow. Could one of these teams actually win it overall? My feeling is that the full course this year is a little shorter than past editions and is at risk of having all 65 check points swept for only the second time ever in the race’s history. Time will tell if this is the case but certainly there will be a number of teams starting out with this as their goal.

For the first time ever in a Rogue Raid, the 6 hour edition of the race has sold out with over 100 competitors making the start line. Sometimes it can be an awkward challenge squeezing a  6 hour race onto a larger 24 hour course. Not so this time though – the 6 hour race would make for an excellent stand alone course at any event. With 28 check points spread over 5 stages and 51km total distance, I’m a bit more confident the short course option won’t be swept in 2021 so strategic decision making is going to play a very big part in the results. Again, predictions of the potential top performers is a little bit trickier for the 6 hour race, however if I had to bet my own money it would be hard to go past the Rochedale Runners who’ve made a habit of cleaning up shorter rogaine courses (when are we going to see the boys step up to the 24 hour version is the real question).

So there you have it: the course director’s take on the challenge that faces teams ahead. A big thank you to event sponsors Mountain Designs, the Scenic Rim Regional Council and Hammer Nutrition for their support of the race along with the fantastic team of volunteers who make it all possible. Spectators will be able to follow all of the action over on the race live site: https://raidadventures.com/2021live/ – we’ll have live GPS tracking, a leaderboard of the team’s progressive scores, photos from the course and more, so be sure to share with those stuck at home. We’ll see you at the Rogue soon!