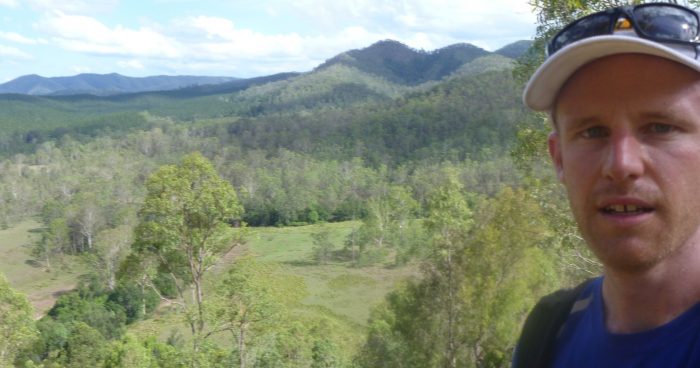 Note that this article was first published 2 April 2013 at Rogue Adventure.

So, less than a month out from the Rogue Adventuregaine, and with the finishing touches being made to the course by our setters, it’s time to preview the race and the competition.  The race sold out a number of weeks ago with 50 teams set to take on the challenge of 24hrs of uninterrupted adventure racing with a further 30 more stepping up for the abbreviated 8hr version: still no walk in the park.  We have a number of competitive teams on both courses and the race director’s pick of the favourites can be found below.

In the 24hr event, the hot tip for the overall win lies with the all mens team RUSH Spin City Cycles.  An unofficial statistic is that Russ and Shaun from team RUSH have finished second overall at all three previous Rogue Adventuregaines, but I think 2013 might be the year that they finally break through for the win.  They will be pushed hard by a number of other competitive mens teams, however, in particular Team Explore who have been stepping up the training lately in preparation for GeoQuest, along with Team McMeldrum who can certainly race fast when they have a good day with the maps.  Rumor has it that there may be team change to SCAR, however as previous winners of the Rogue24, these guys should never be written off.

In the mixed division, there will be a great heads up competition between the pairing of Richard and Tamsin from team Bicycles Without Bruce and Craig and Louise from Geocentric Outdoors who podiumed in the very first ever Rogue Adventuregaine.  The mixed field is deep though, including the WanGoDo Edge Woodlanders, who are travelling from Singapore for the race, along with KILA Spin City Cycles, both of whom should feature in news from the front of the field.  The all women’s field is relatively smaller with a pretty even split between the experienced pairing of Jinka and the newly formed team “We Just Met” of Jane and Tamyka.

In making all of these predictions, one thing for sure is that to do well, the winning team will need a perfect mix of endurance across all 3 disciplines, strategy and accurate navigation.  The course has a number of long and physical legs ensuring a tough challenge for teams searching for maximum points.  Furthermore, along with two teams from Singapore, there are a number of interstate teams travelling up from NSW and Victoria for the race and it may be one of these dark horse teams that fly under the radar to snatch a victory.  Special mention should also go to teams Isopdopes, Juggernaut and Dazed & Confused who are using the Rogue as a training run for XPD.

n the 8hr version of events, safe money for the overall win would have to lie with mixed veterans team Mountain Designs.  If they have a bad day though, the “Deep End” will be on their heels ready to pounce – having just raced an expedition race with Leo and Bec, I know the 8hr event will be a stroll in the park for these guys.  In the mens division, winners of last year’s 6hr event “Blowfish” are the top tip, but event sponsors Team ARea51 have the experience to do well.  Finally, in the women’s category it’s hard to go past Tri Adventure Vintage.  The 8hr event should be a very social affair, and we will get the camp fire cranking at presentations, so consider sticking around to camp after the race and cheer on the 24hr teams as they pass by.

Anyway, stay tuned to the RogueAdventure website and Facebook page for a number of updates in the lead up to the race, including some clues from the course.  Final information about the race, including bike drop location for the 24hr teams and camping details will be emailed in the week before the event.  As previously mentioned, the race has sold out and there is an extensive waitlist, so if you are unable to attend, please contact me at rogueadventureracing@gmail.com so we can arrange a transfer of your entry.

Finally, there a couple of pre-race “thank yous” required.  Adam Power has been my right hand man with the course setting and vetting and without him, this race wouldn’t have come together.  He has made a number of trips recently out on the area and has had to deal with a significant amount of damage done to the course as a result of the two major floods the region has experienced this year.  Hopefully this damage shouldn’t affect the course route options too severely, although suffice it to say that with the number of bridges that have been washed out, competitors may be getting their feet wet on the bikes.

The second thank-you goes to our sponsors Ferno Engineering and, in particular, ARea51 who have been long term supporters of adventure racing in QLD.   Make sure to say thanks to Greg from ARea51 when you see him out on the course – perhaps a free push up one of the hills will do.  If you are in need of any AR specific gear in the lead up to the race, ARea51.net.au have some great deals on at the moment.  See you at the Rogue soon!