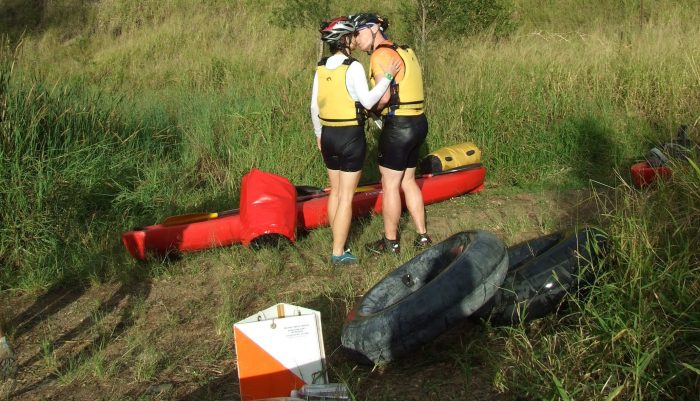 Note that this article was first published 26 April 2012 at Rogue Adventure.

With the Rogue Adventuregaine set to make a return this weekend, it is time to take a quick look at the contenders for the title.  Competition in the 12hr category is tough, with a number of strong all male teams easily capable of making the podium. Amongst these are the experienced pairing of Gary Sutherland and Ray Deetlefs of Team Mountain Designs. They will be pushed all the way by Team Spin City Cycles’ Shaun Lauder and Russell Stringer (runners up in the 2010 Rogue 24hr), the Beans’ Brett Stevens and Leo Theoharis and Team Adventure1K lead by experienced racer Guy Andrews with Matt Thornton. The reality is that any one of these teams could take the overall title. There are a number of other very capable teams that will be chomping at their heels including Off The Map, Bish Bash Bosh, the Hounds (current 24hr Rogaine Champs) and G&D.

Ultimately it may be the nature of the course that decides the winning team – who will have the right mix of multisport experience in the early half of the race with navigational grit in the second half of the race when the sun starts to drop and the navigation and route choice get exponentially harder? Will one of these teams risk it all and try to sweep the course, leaving them short on time to collect the big points at the end of the race? One thing is clear, it is going to take the right mix of speed, strategy, accurate navigation and strength across the three disciplines to come out on top.

In the other 12hr categories, the competition is just as open. In the mixed division it will be hard to go past the two SART teams who are flying interstate for the race as a training session for the upcoming Alpine Expedition (APEX) Race in Switzerland. The question is, will 12 hours be long enough for them to shine? In the women’s category, my pick will have to go to the veteran pairing of TriAdventure Vintage, Jan Leverton and Susie Williams.

A brief look at the 6hr Rogue also indicates that the title is there for the taking. Predictions for the overall win include GrassWorks in the male division, Bicycles, Gadget but no Bruce in the mixed category and Jinka in the women’s category. However there is easily the chance that an unheralded team will storm through the field and blitz the course.

With over $2000 worth of prizes generously donated by the race sponsors ARea51, Macpac and Ferno Engineering, a spot on the podium is worth more than just bragging rights. Follow all the action as it unfolds with live updates, photos and GPS tracking of the 12hr teams at the Rogue Adventure Live site here.